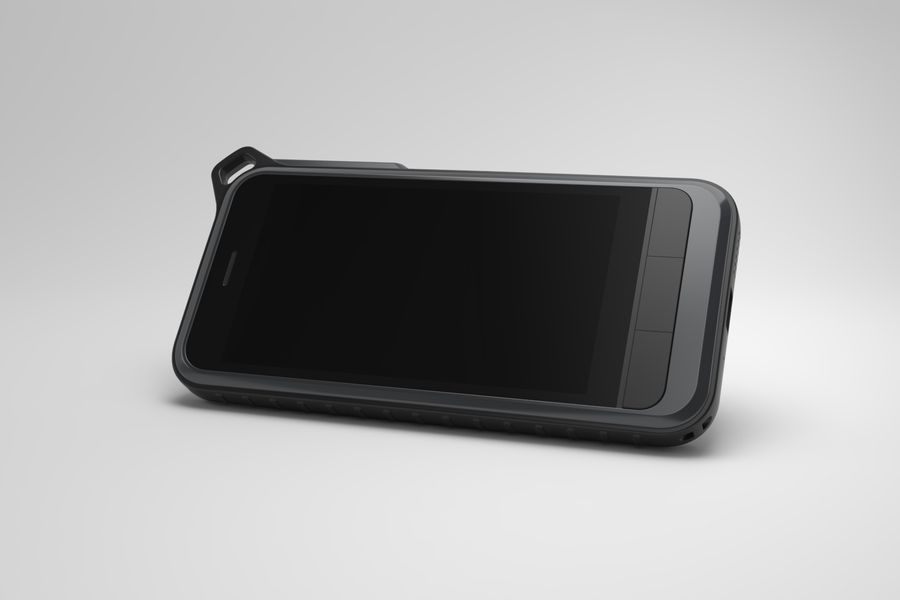 One of the new developments for the 2018 Formula 1 season is the F1 Vision service, that allows spectators to follow their favourite drivers.

On the first sight, the service does not seem to differ much from having F1 TV installed on a phone (when that option will become available). The biggest difference is that F1 Vision uses its own dedicated radio frequency, so it doesn’t compete with other devices for the internet access. As the signal is communicated one-way only, the quality should not degrade regardless of the number of connected devices. The antennas cover the whole area available to the fans but one might still have to be aware of tunnels and steel tribunes.

The device itself is basically a custom-built Android «phone» with a 5” screen, a rugged case with included kickstand, Bluetooth connectivity and a headphone jack. It was designed to be carried around one’s neck, so it is not too heavy and can also fit into a pocket.

During the session there are a number of streams available – aside from the TV feed, the users can view an onboard of a selected driver, and four-onboard combo that is chosen by the director. Depending on the circuit, additional views – like a pit lane camera – might be available. There are also a few different layouts available. Each view can be enhanced by the lap count and live standings, but the image quality is good enough for the in-feed graphics to be used.

Regardless of the chosen feed, one can listen to a chosen commentary – TV, radio and PA options are available – and to the team radios of selected drivers. It is possible to scan all of the channels at once, but the messages will inevitably overlap at some point.

Aside from the video, users also have access to a number of data feeds. That includes live timing and results, tyre usage history, head to head comparisons, race control messages and even live championship prediction. After each session has ended, a highlights reel is also made available.

An ‘F1 101’ section is also included, that included a glossary, tyre and colour codes explanations, as well as a track map and weekend timetable.

F1 Vision is available to rent for a weekend at 99 euro and must be returned no later than three hours after the last session has ended (alternatively it can be mailed to their base). The battery will not last for the whole three days, but can be easily charged over Micro USB or swapped out at the customer service point.

ŚwiatWyścigów.pl have tested the device over the Barcelona and Monte Carlo race weekends. Not all of the functionalities were available at the time but we decided to include them in this article regardless.

We have been told that a smaller, radio-only version has also been developed but it has not been officially announced.